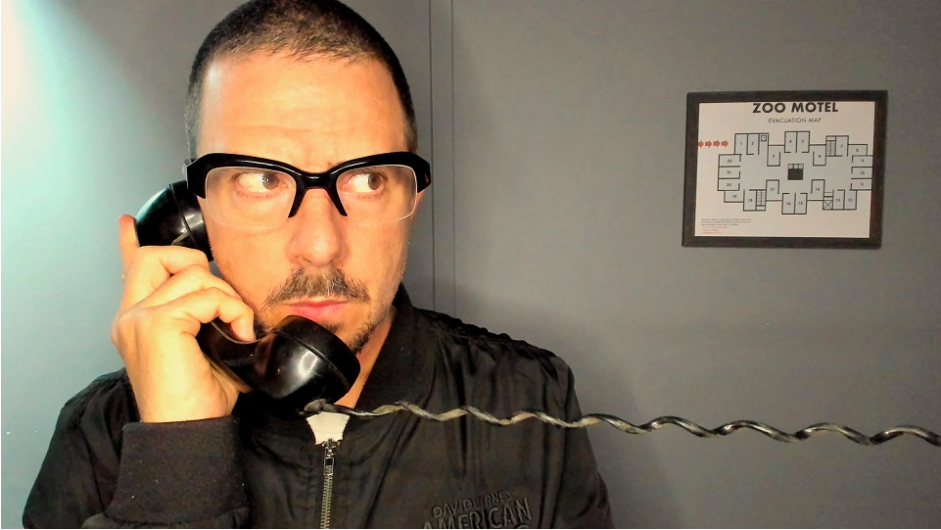 The ZOO MOTEL was founded in the year 2020 near the Earth´'s equator, in a year of great turbulence and reflection. Devised as an experiment in theater and cinema, we seek to offer our guests a window into a new possibility for live performance, where geography does not exist, where time zones are fluid and global guests can gather in one place.

ZOO MOTEL is a live theatrical event created for the here & now. Limited to only 25 audience participants nightly,  who check into virtual “rooms”, ZOO MOTEL is an exploration of the possibilities of live theater and the magic of cinema. ZOO MOTEL opened up in September of 2020 and has since become the longest running live theatre work presented via the World Wide Web to spectators from across the world. It live transmission comes from direct from the studio of theatre director, designer and performer Thaddeus Phillips where  he and artist Steven Dufala have transformed the studio in to a magical motel room where time stops, mysterious and illuminating stories emerge from across the globe & analog objects take on their own potent meaning.
Awards & Press
"Surreally beautiful" - The New York Times
"Weirdly Enchanting" - American Theatre
"Spectacular" - Miami Herald
Presentations
LEARN MORE ABOUT ZOO MOTEL