is a writer and performer in Lenapehoking/Brooklyn and Coast Salish land/Vancouver. Their work is intimate -- memoirs, Tedtalk/séances, private dances, 'texting plays', MP3 meditations, epistolary performances written to dream lovers -- a fierce mucking about with vulnerability to get at life as a former runaway, third generation Magyar settler and genderqueer.

Tanya’s book Stray: Memoir of a Runaway was named a Best Queer & History Bio by The Advocate; a punk-musical version toured nationally; Nocturne (an incomplete and inaccurate account of the love affair between George Sand and Frederic Chopin) was produced at Manhattan’s Dixon Place, Transmission, based on Sophocles’ Orestia, was published in the Canadian Theatre Review, and Some Must Watch While Some Must Sleep, Tanya’s play about being a sleeptalker, inspired an NPR Invisibila. Their essays have appeared in Medium, huffpost, Grain, CdnTimes, Plentitude, DanceGeist, and OffAssignment; their performances at PuSh, VIDF, Dancing on the Edge, Summerworks, The Tank, Brooklyn Museum, BAX, and Collapsable Hole. They have worked with JoAnne Akalaitis, Jerome Bel, Ballez, Jess Barbagallo, Mallory Catlett, Theatre Conspiracy, Fay Nass, frank theatre, Emily Johnson, the only animal, radix, and the Leaky Heaven Circus. 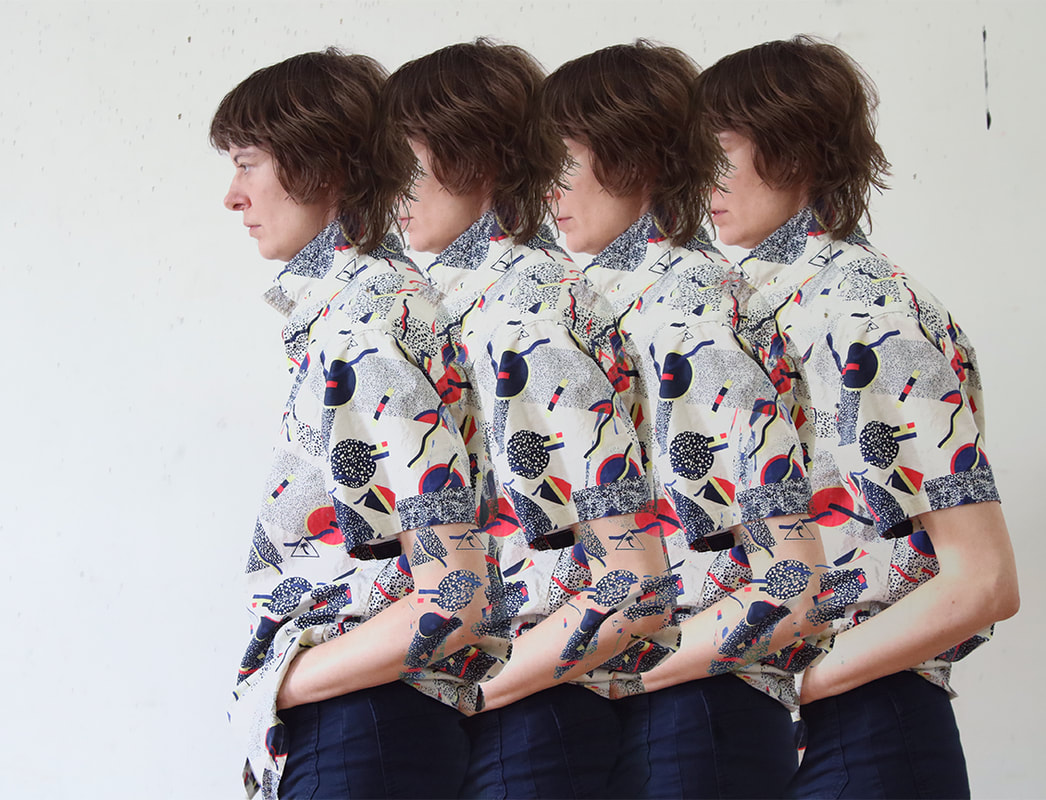 Meditations on a Future City
​ "Meditations on a Future City" was a dance film created and performed by Tanya Marquardt in Greenpoint, Brooklyn on the roof of an abandoned building in March 2021. The piece is choreographed to "Back in the New York Groove" by Ace Frehley and the cheers of the nightly tributes to first responders that were occurring during the first Covid-19 wave and lockdown.

Hi, Here's a Story for You
"Hi, Here's a Story for You" is an mp3 meditation/story that opens my SMS texting play Some Must Watch While Some Must Sleep, the true story of how I discovered a 'sleeping self' named X by recording my sleeptalking through my iPhone. Imagining what might happen if my ‘waking self’ and ‘sleeping self’ met, conversed, and maybe even healed, the piece invites the audience -- called "experiencers" -- to contemplate the dream world through a SMS texting thread with X and their own dreaming selves.

Face Tracing
"Face Tracing" is an mp3 meditation // invited somatic exercise from my play Some Must Watch While Some Must Sleep.