A show co-created with audience members based on feedback from Dustin's past shows.
​Created by and featuring Dustin Harvey
Directed by Andy Field
Photos by Millefore Clarkes 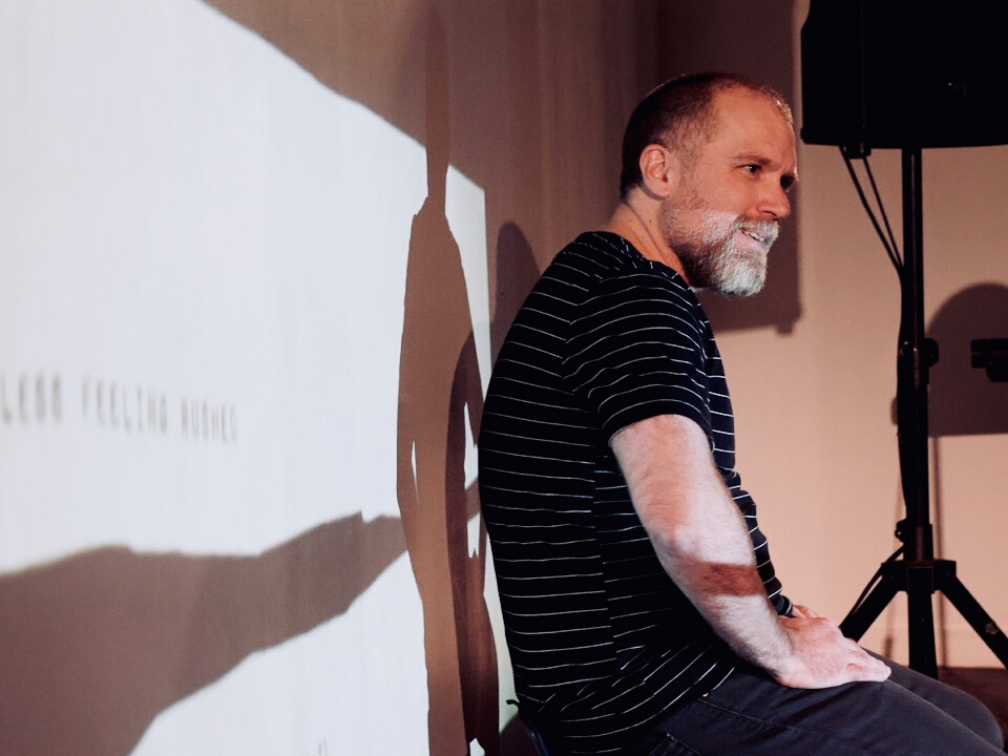 What do you want less of and more of?

Dustin has been thinking about his life, about all the audiences he has stood in front of, danced with, looked into the eyes of and walked through the streets of the city with. He has written the audience a letter, part love-letter part breakup note, and over the course of an hour or so, he will read and reread this letter over and over again, and each time his performance of it will be transformed by following the advice of his former audience members.
​
The performance will contain less eyes closed parts, less clothes, and less endings. There will be more beer, more dancing, more confetti. If that sounds like a mashup, that’s because it is. It is also an attempt at the impossible, at achieving perfection, or at least a shared moment of grace together.
Acknowledgements
This project was created as part of The Deepwater International Live Art Development Program hosted by Doppelgangster (Sheffield, UK) It was created in residency at The Iceland Academy for the Arts in Reykjavik, and Sheffield Hallam University in the UK. Supported by The Canada Council for the Arts and Arts Nova Scotia.
Read More about Less & More