Children give free haircuts to the public.
The Original Touring Production of Haircuts by Children at Harbourfront Centre, Toronto in 2006 was:
Conceived and Directed By: Darren O’Donnell
Produced By: Naomi Campbell
​
Featuring: Children ages 8-12
Haircuts by Children is exactly what it says on the tin: a group of children are given a crash course in hairdressing and run a salon where they offer free haircuts to members of the public. Haircuts By Children invites you to take part in an event that will test your courage and faith in the future. Let them cut your fears away as they prove themselves creative leaders, capable and responsible citizens and dedicated coiffures. 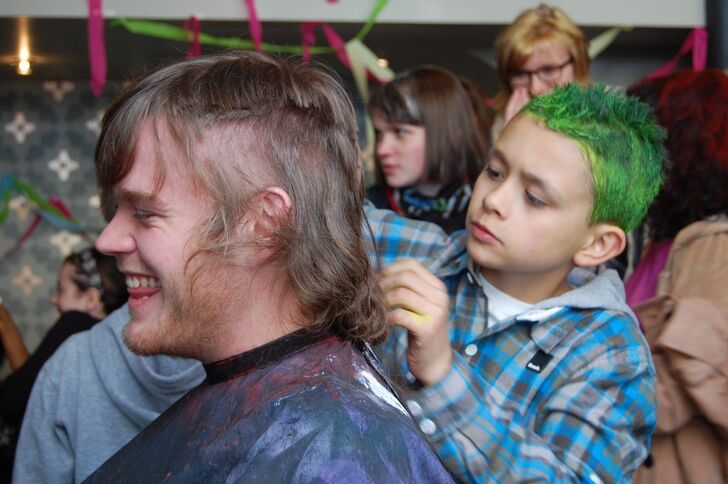 Awards & Press
"The show has commandeered barber shops on three continents, mesmerizing audiences and media wherever it goes. The deeper thrill is in the carnivalesque reversal of power, and the rare, almost taboo encounter between a child and a grown-up who isn’t their teacher or relative." - Carl Wilson, Toronto Life (2008)

“What’s the best that can happen?” Well, besides a good (free!) haircut, the performance will have provided a space where children and adults can share a creative experience. To boot, it’s a chance for a child to be treated as a competent, trusted individual—perhaps for the first time." - Colin Way, Calgary Herald (2016)