Draw Me Close by Jordan Tannahill

A one-one-one VR performance with an audience member and an actor in a mocap suit. 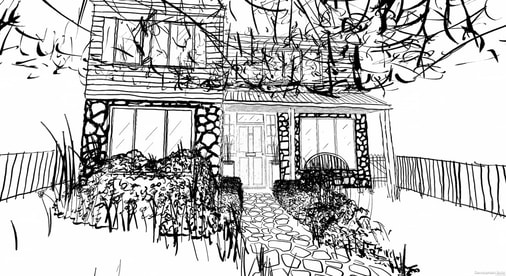 Draw Me Close blurs the worlds of live performance, virtual reality and animation to create a vivid memoir about the relationship between a mother and her son charting twenty-five years of love, learning and loss. Weaving theatrical storytelling with cutting-edge technology, the individual immersive experience allows the audience member to take the part of the protagonist, Jordan, inside a live, animated world.
This spellbinding immersive experience is brought to life through live performance combined with a real-time motion capture system transforming an ordinary room into a captivating 3D interactive virtual world. The audience member enters the performance space and puts on a VR headset. They enter Jordan’s childhood home and move from room to room, navigating seamlessly through a world that is both physical and virtual. They are guided by Jordan’s mother, played by an actress. As the mother engages with the audience member in the physical world, her movements are translated by motion capture into the virtual world. What results is a disarmingly intimate and enthrallingly one-on-one performance that charts the lifelong relationship between a mother and her son.

Draw Me Close (Trailer - Soulpepper 2020) from NFB/marketing on Vimeo.

Press & Awards
"Instead of the empathy usually felt when watching a play, you are struck by a tangible, personal sense of loss." - Culture Whisper

​"This singular virtual reality experience may be one of the most immersive so far." - Upload VR