The hottest new club is Club Quarantine: an underground queer nightclub hosted every night of the new socially distanced reality from 9 p.m. to midnight on the videoconferencing app Zoom. (On Saturdays, the club opens at 6 p.m. to accommodate its European partygoers.)

On an average night, Club Q, as it is called in shorthand, is attended by 300-400 young queer folks streaming in pairs or by themselves, in childhood bedrooms and dorm rooms and city apartments across the world, from Vancouver Island to Vermont, Vienna to Atlanta, and Brussels to Brooklyn and Brazil. It’s even attracted a celebrity guest or two, including Charli XCX, who hosted a set for 1,000 fans one night.

This is a safe space which prioritizes marginalized communities and there is zero tolerance for hate. 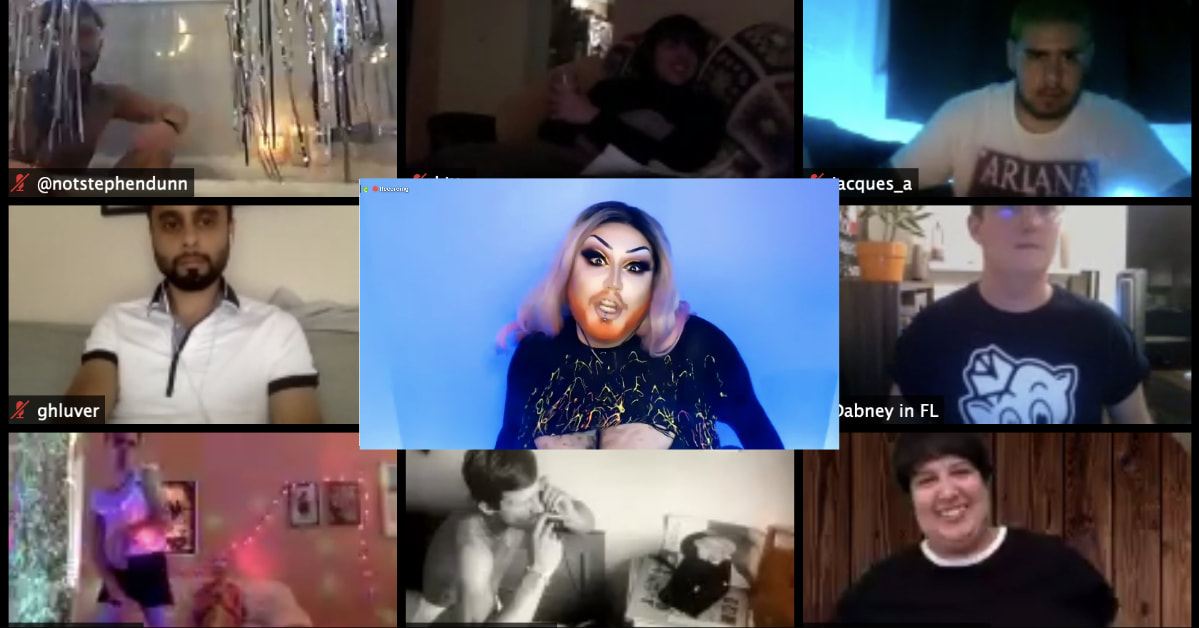 Awards & Press
"While the online version will never fully replicate the packed dance floor experience, it has also opened up the scene to those who might otherwise not get to participate, including people with disabilities and social anxiety, the underaged, and those who are in the closet." - National Observer
​
"Club Q is a preemptive measure to stave off the worst effects of social isolation. And dancing alone in your room has never felt like such a collective experience." - NowToronto
READ MORE ABOUT CLUB QUARANTINE