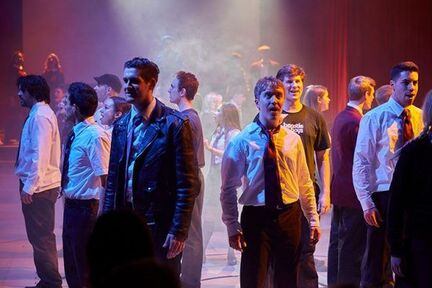 “Spectators can decide which story lines they’d like to follow as they wander through classrooms and halls. There is no ‘backstage.’ Crew members are incorporated into the show.”
​
“Julie Tepperman and Mitchell Cushman are set to debut what’s believed to be the largest production of immersive, site-specific musical theatre in Canadian history – a show that boasts 40+ actors portraying as many as 90 characters in 200 scenes in 11 separate storylines with 15 hours of material unfolding simultaneously all over the building, meaning a person can return again and again and always experience new things"